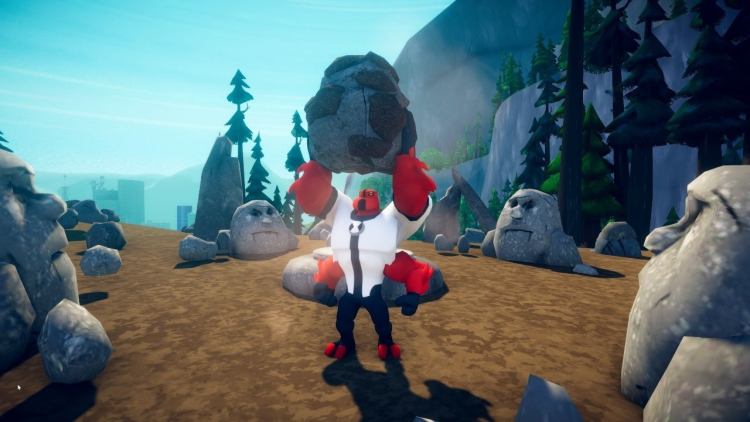 Well, 10: Power Trip is the latest attempt to promote the new series in the game world.  This cartoon network adventure, developed by PHL Collective and published by Outright Games, could be on your children’s Christmas wish list.

Let’s face it, those of us who probably rolled our eyes at a certain age when we heard another game of Ben 10 was coming out, but we all know that nostalgia and childish pleasures don’t bother us from time to time, and that’s exactly what this map brings us.

If you want to look at my documents, you’ll notice that I’m not as young as I might look (don’t say anything!), so I’m afraid I can’t say I was young enough to look at Ben 10, but I know the gist of it from my time with younger parents, so I wasn’t completely ignorant.  Even if you are, this game can be started by a completely empty Ben 10 and you won’t feel like an outcast.  It’s for the kids.  It’s quite easy to rewrite a script.

Power Trip continues the story of Ben Tennyson, a little boy on holiday in Europe with his grandfather Max and his sister Gwen.  As he travels through the landscape, the evil Hex uses the power of certain magic crystals and calls portals across the land to destroy evil creatures – it looks like a work of revenge – Oh, wait… Ben 10?  With the help of aliens, this won’t be a problem… except that the crystals have sucked all the aliens from his database.  Let’s get some of those powers back!

Yeah, that’s pretty much the whole story.  There are smaller stories and side missions, but when it comes to the plot, beating the bad guy is all you need to know.

PG’s cartoon style and typical batting style are to what you’d expect from this game – it’s for kids, don’t wait for a God of War-style fight and blood and guts fly across the screen.  A few bumps (and maybe an ETC fireball when you start rebuilding your aliens) and the bad guys beat away in a nice little cloud of dust. 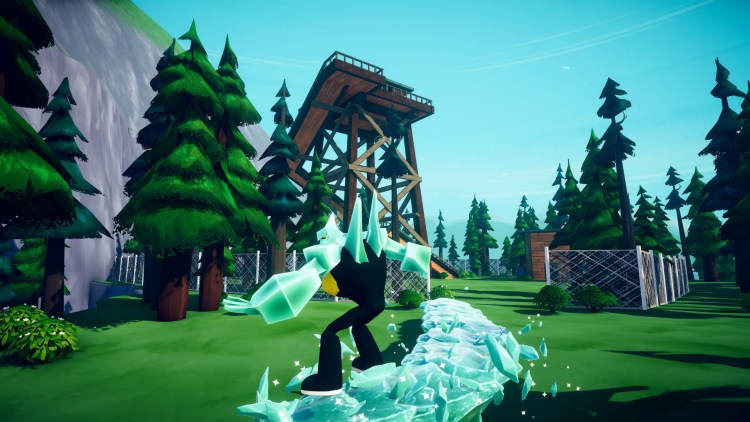 The most important thing about this game is how I enjoyed it.  It was easy and simple, and not as durable as I thought it would be, but when I got a new power or improved my stats, I realised I couldn’t turn it off and that I wanted to defeat another mission.  Think of exciting games like Spyro or Crash Bandicoot, simplify them even more and you can probably imagine Ben 10: Power surge.

The interesting thing about Power Trip (well, I thought it was unusual for children’s games) is that it plays in the open world.  Not in games like Horizon Zero Dawn, of course, but after waiting on small linear levels, I was impressed to see something completely different.  Don’t worry, you won’t get lost in the desert. The map itself contains only four different cities with many NPCs offering main and side quests.  The quests themselves are quite simple (bring this item to this place, find all the piles of leaves, collect those ingredients), so don’t expect a big adventure, but if you play with a child, you’ll have a lot of fun.  Sometimes it seems like you have to go back and forth between places, but don’t worry, after the first visit to each new place you are offered a quick trip so you can concentrate more on your tasks instead of losing the desire to live when you have to go back to where you were just sent.

For fans of Ben 10, you’ll be happy to see six alien transformations of Ben that you can turn into and kick against the bad guys! (Yeah, I had to google them because I’m not the biggest Ben 10 fan in the world!) Heatblast, Four Arms, XLR8, Diamond Head, Shock Rock and Rath… The person who summoned the characters in this series/competition should really be in the game, but hey, at least we’re not wondering what skills they all have.

*This journal code has been generously provided by the publisher for the magazine.