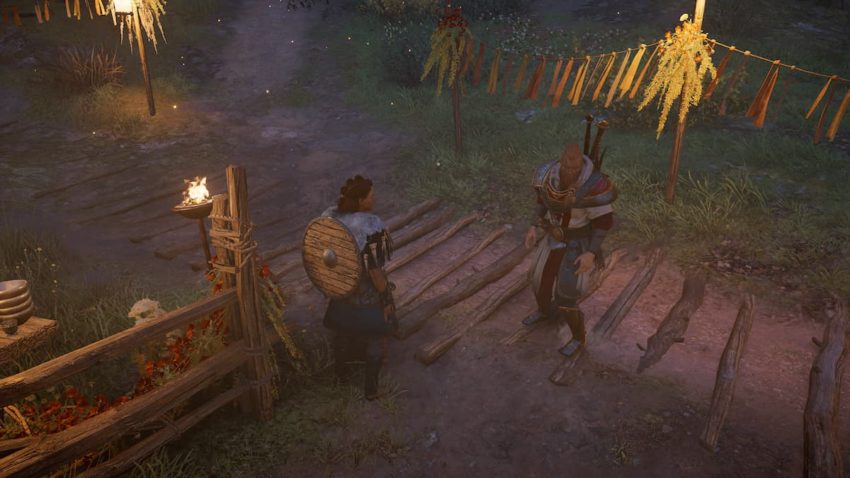 The Ostara Festival is a new event in Assassin’s Creed Valhalla to celebrate the beginning of spring and the changing of the seasons. The snow starts to melt and the air gets warmer. Just because it’s warmer doesn’t mean the Vikings won’t fight. Like the Yuletide festival, the Ostara festival has its own fight and you can compete against some of the best fighters in the ring. Here’s what you need to know to enter the fray. We strongly encourage you to complete all other Ostara Festival tasks to increase your chances.

The rules have changed, but only slightly. You get victory points after each battle you win. However, you can use your chips in the next fight to win even more.

Where to begin an Ostara battle

You can start the fight in Ostara by finding a battle ring near the festival and talking to Sunniva.

How to beat all fighters

It is important to note that Avor drinks mead after every fight. It heals him, but slowly gets him drunk and changes the way you fight him as you progress through the battles. You can leave these battles at any time with all your chips instead of continuing to fight.

The first combatant in the Ostara fight is pretty easy. You can beat them with a few hard knocks. They have a non-blockable attack that they often try to hit you with, but you can quickly dodge it and attack them freely.

The second fighter is a little more difficult. Like the previous fighter, this fighter also has an unblockable attack, but it is much less common. We realized that if we don’t turn down his attack properly, we can’t hit him. Once you face this opponent, you can either hit him or drain his stamina.

The third fighter is a mixed martial arts fighter. You can hit them as many times as you want without attacking, but after you counter them once, their stamina is completely depleted. After that, you can’t counter as effectively, so we recommend waiting until you’re cornered or win. They also have a few inevitable attacks, but nothing you haven’t seen before.

The fourth warrior in the Battle of Ostara is the first real challenge you’ll face. They are much more skilled than the previous ones, and you have to be careful in a duel. When they attack, they usually do so with three melee attacks in a row, and you have to fight off each attack or you take damage. If you cannot parry three attacks, you must dodge. Fortunately, the final attack is a frontal attack, which gives you a golden opportunity to attack them. Your inevitable attack is also an excellent haymaker attack, and it follows you for a good distance. This means you need to step aside and stay as far away from them as possible. They also send a shoulder check, which is just as strong, but easier to avoid.

The fifth fighter is similar to the second and partially to the fourth. You can’t hurt them until you block one of their attacks. After the counter, you can fight them. This fighter didn’t have as many unavoidable attacks, but he was fast and was able to dodge several of our moves even after we blocked their attack. When they answered multiple times, they retaliated. But you can repel these attacks.

In the sixth fight, and for the rest of the fight, you can no longer concentrate on your opponent. You have to move the camera to keep up with them, which makes combat much more difficult.

The sixth fighter is much lighter than in previous fights. It’s probably because you lost your concentration. You can attack them freely and parry their attacks with ease. The fight isn’t too difficult, and even if you get hit, you shouldn’t lose too much health. If you want to use this fight to your advantage, you can’t concentrate and learn to follow a fighter in the ring. We can corner that fighter and attack him constantly, which would make the fight much easier.

The seventh fighter will be able to hit you and take you down if you hit him while he is using his inevitable attack. You have to hit them multiple times and then dodge to avoid being thrown to the ground. If they drop you, you have to move quickly or they will trample you during the fight. You could time a few pairs on their weaker attacks, but the best would be to throw three or four punches, then dodge them before attacking again. This seemed to be the best technique to fight them.

The eighth fighter is similar to the fourth and seventh. They are agile and will try to place the inevitable shoulder attacks, haymakers and backhands. We recommend that you treat this fight the same way as the previous one, i.e. hit them with three or four punches and then dodge. Almost every time we finished a combo, they moved on to the inevitable attack. It can be a boring fight where you attack, dodge, and then repeat the process, but it was the safest approach we had for this fight.

The ninth fighter is a larger, wrestling-style fighter who resembles the seventh fighter and often tries to fight you. If they balk, they’ll throw you to the ground and try to shove a blunt elbow into your downed form. They will also throw themselves at you, try to grab you and throw you around. This fighter has been hit very hard, and just a few blows can take away half your health. We strongly recommend that you avoid any attempt at parrying and focus on dodging if you can avoid it. If you must parry, make sure you parry both punches and kicks. These are the easiest to telegraph.

The tenth combatant in the Ostara fight is Goliath, and he is the final round of this fight. They look like the previous fighters, but they use their guts to throw you off balance. They have the most health of any fighter, and you’ll see them get knocked out blow after blow. Just like in the previous fight, we recommend you to concentrate on dodging, because Goliath’s attacks will be very powerful. We also recommend that you use the rations you set aside during the battle. This is the best time to use them.

If you see Goliath drinking, stand back because he will jump on you and then throw the cup on the ground. You have to dodge twice to get to a safe distance. Goliath’s health is declining faster than his stamina. So if you want to hit them the hardest, we recommend parrying the double down strike they make. This is the best way to knock them down by spending stamina and making a heavy attack. You also throw a right jab, a left jab, and then a combination of down punches that you can parry.

When you have defeated Goliath, end the battle in Ostara. You win 140 chips.