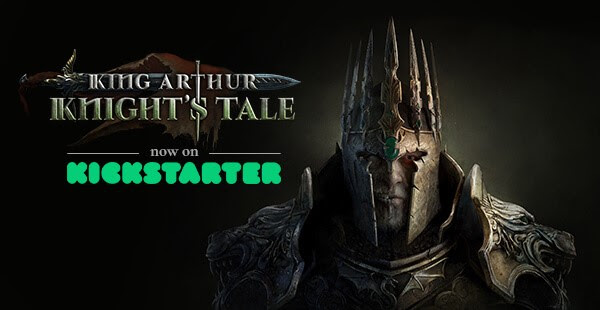 NeocoreGames has announced his role in the tactical game of King Arthur: Knight’s Tale has just crossed the seed funding threshold, with the campaign just days away.

Now that the funding has been completed, the studio plans to expand the goals by adding new features to the project, such as a new playable class, a saga and a PvP mode. The studio also says that the game will reach its full potential in preparation for the launch of Steam Early Access in the coming weeks.

Look at King Arthur: Downstairs there is a caravan with a knight’s fairytale exhibition:

Your Battles – Manage a small team of heroes and take part in a grueling but satisfying battle with an entertaining, turn-based tactical combat system. Choose from over 30 heroes in 5 different classes and combine hundreds of skills and artifacts to form an effective team.

Your Heroes – Collect your own Knights of the Round Table and send them on chivalrous quests. These heroes – the most important resources and, at the same time, the most complex game elements. But watch out! Death is always final! They have to check them at the round table and plan ahead before they go into battle. The character progression system is as deep as in traditional role-playing: Heroes climb unique skill trees, and a complex system of flights gives them unique opportunities to hone their tactical skills. Each Hero has his own personality and his loyalty changes constantly with the player’s choices – in some cases, he can leave the Round Table at any time and turn against you.

Your kingdom – view the entire Avalon on the adventure map, observe the entire region, choose your missions and explore different locations. King Arthur’s administration: KNIGHT TALE focuses on the restoration of Camelot and the expansion of the mystical fortress with new buildings, each with different adaptations and offering different ways to heal and control the heroes of the Round Table.

Your Legend – Play for Sir Mordred, the former enemy of King Arthur Explore the mystical island of Avalon, take part in chivalrous quests and make decisions in various battles where you have to make moral choices, as in most role-playing games, all of which affect history and your morale. The end of the campaign opens a new endgame for the bravest of all: complex new challenges appear on the map, mythical boss fights and random searches, looting and character additions that ultimately lead to the expulsion of Balor, the monstrous censored deity of the Thomorian himself.

Beyond the Legend – Complete more than 50 unique attractions on the adventure map, including 20 historical missions and various side missions taking place in different countries, from dark castle sills to secondary forests – all built with photographed environments and high-quality animated muqap, all visualized in a modern PBR engine using DirectX 12 that supports strong atmospheric effects. Fight 7 enemy factions in all your missions, face more than 50 types of enemy units and win 10 incredible boss battles.

Now that the chivalrous story of King Arthur has reached the finish line of the Kickstarter, are you looking forward to the steam game? Place your comments below.